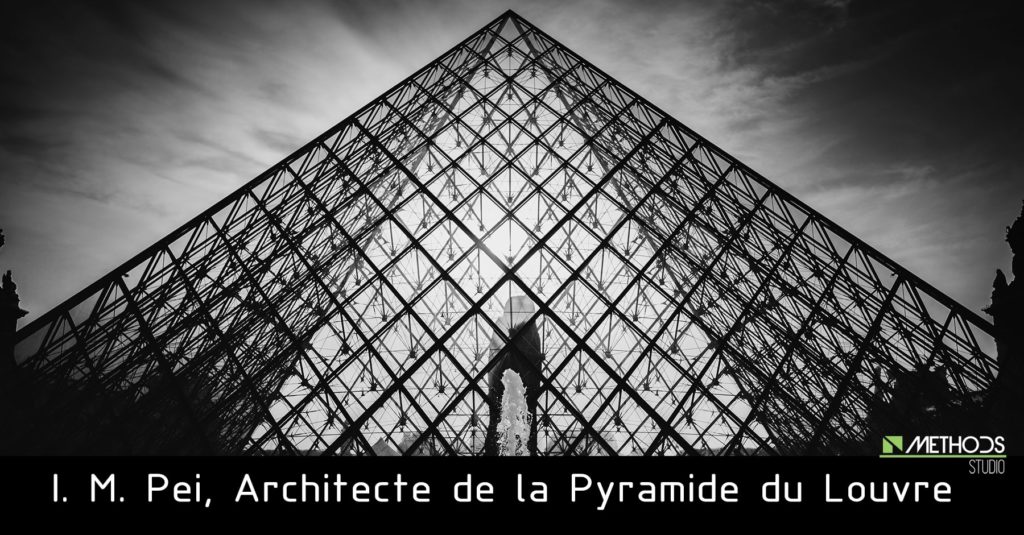 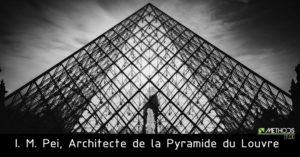 From the United States to China, via Europe, we look back at the career of Ieoh Ming Pei, including his Bank of China success and the controversy sparked by the Louvre Pyramid. Methods Studio offers you a retrospective of the work of this very prolific architect, who marked the 20th century with his style.

Ieoh Ming Pei: Conquering the world from China to America, his biography

Born in 1917 in Canton (China), Ieoh Ming Pei, known as I M Pei, is a descendant of the Ming Dynasty. Raised in a high-ranking family, he grew up in Hong Kong and then Shanghai, following his father, director of the Bank of China.

At the age of 17, he was offered places at several colleges around the world. He chooses the United States and began his studies at the University of Pennsylvania, attracted by the architecture courses it offered. 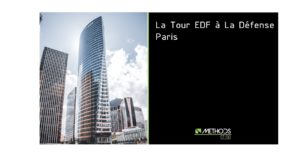 He continued his studies at the Massachusetts Institute of Technology (MIT) in Boston, in the building engineering section, and graduated as an architect in 1940. He joined the Harvard Graduate School of Design, which he abandoned less than a month later to join the war effort with the United States. He returned to Harvard at the end of the war, spending two years there as an assistant professor.

He worked for a few years for an architectural firm in New York, then in 1955 created the company IM Pei & Associates. He stands out from his peers by the use of architectural models developed for his projects. It was in 1954 that he was naturalized American.

IM Pei went international in 1962, designing what at the time would be the tallest building in Canada.
Boston, Oklahoma City, Washington, Dallas, New York, IM Pei imposes his style across the United States. The death of John Fitzgerald Kennedy created a wave of commemorative building construction, of which Pei would be one of the most sought-after architects.

In 1978, Pei sought to return to Asia. Naturally, he turned towards his country of origin, and it was in Beijing that he would secure his first project in China. He was commissioned to rebuild the Fragrant Hill hotel in Xiangshan Park in Beijing. Many projects in Asia would follow, such as the Tower of the Bank of China in Hong Kong, and the Miho Museum near Kyoto in Japan.

A gold medal for architecture and a Pritzker Lifetime Achievement Award are just some of the many accolades that Pei received during a career as an architect dedicated to a resolutely modern style. He played with geometric shapes to tackle technological challenges, and purity of form and functional efficiency were at the heart of the Pei style.

The Louvre Pyramid, from controversy to compliments 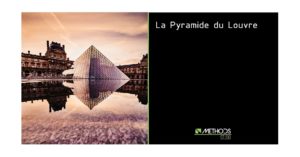 A pyramid in the heart of Paris, an ambitious project

Why did he choose a pyramid? And why is the Louvre Pyramid made of glass?

The pyramid was a natural choice for Pei. Geometric shapes and the use of glass were both Pei hallmarks, while the pyramid was a reference to ancient Egypt and the obelisk at the Concorde. The pyramid also allowed sufficient light to create a bright basement area.

Why did the Louvre Pyramid cause controversy? How did it become one of Pei’s major works?

At the launch of the project, public opinion is 90% against the idea of a large pyramid in the middle of Paris.
Critics fuse, some find it too modern for the Louvre, it would be too eccentric and not worthy of the classic architecture of the Louvre, others consider it too fragile and difficult to maintain, finally some see it as a political whim of the president of the Republic.
François Mitterrand, at the origin of the project, and Pei appealed to other political figures of the time to help change public opinion. Jacques Chirac, then mayor of Paris, installed a life-size model of the pyramid, which began to allay the fears of the French.

At the inauguration of the pyramid, public opinion reached 56% positive opinion on the project. Today, no one asks the question anymore, the Louvre pyramid is one of the most emblematic monuments of Paris, and is known around the world.
Undoubtedly, the Pyramid will remain the largest and most difficult of the achievements of the architect IM Pei.

A world tour of I M Pei’s main achievements 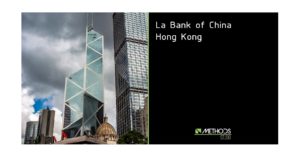 Probably Pei's second most iconic building, the Bank of China Tower in Hong Kong was inaugurated in 1989. The Chinese authorities wanted a stronghold in Hong Kong before sovereignty over the territory was restored to China (in 1997), in anticipation of a rise in trade between Hong Kong and the rest of the world. Pei's father having been director of the Bank of China, the authorities naturally contacted Pei to carry out the project.

Pei created a skyscraper made up of a visible truss structure, distributing stress evenly over the small footprint of the building, and covered the facades with large glass panels. The roofs are sloping to increase the verticality of the building.

The building is designed to meet the strong wind resistance requirements imposed by the Hong Kong authorities. 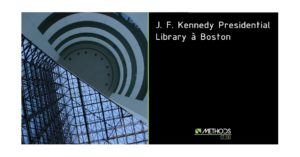 The Kennedy family wanted to create an appropriate memorial following the assassination of President John Fitzgerald Kennedy. Several great architects were in the running, but ultimately it was I M Pei who was chosen by the president’s widow. Jacqui Kennedy admired Pei’s architectural style and loved that he approached each project in a unique way.

and loved that he approached each project in a unique way. The complexity of the project lay in the breadth of its functions: this was to be a museum, a presidential archive, a library, and an institute of political science. The original project was a large glass pyramid in the center of the complex. This was finally abandoned after resistance from locals who did not want their neighborhood to become too touristy. I M Pei would shelve his idea of a pyramid, until being commissioned with the renovation of the Louvre Museum. Community resistance was such that it was decided to locate the project elsewhere. However, the new location posed new problems to do with the sewage system. The library, finally inaugurated in 1979, consists of a large square glazed atrium with a triangular tower and a circular walkway.

This project, dear to Pei's heart, did not ultimately bring him satisfaction, given all the constraints and changes, which distorted his initial plans.

The Rock and Roll Hall of Fame, Cleveland 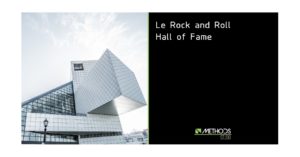 The 90s were a turning point for Pei, who was by now more than 70 years old. He began to take a step back in his company and turned to more modest projects which allowed him more creativity. His last major project was to be the Rock and Roll Hall of FameSome consider rock culture to be inferior to "classic" cultures. What Pei liked about this project was the chance to give an aura of respectability to a building welcoming a decidedly more modern culture.

Visitors are greeted by a large glass wall, like part of a pyramid. The rest of the building is made up of off-center elements and sharp angles, meant to energize the structure and infuse rebellion and a rock spirit into the building. A large circular concert hall is placed high on a thin central column.

The building would give national standing to Cleveland, which has benefitted from the economic spinoffs of this new tourist attraction.

I M Pei marked the architecture of the 20th century with his resolutely modern style and extensive use of glass. His works are known the world over, and his aura can be felt in each city, museum, or project that commissioned him. The impressive number of prizes and distinctions awarded to him make him one of the major “Starchitects” of the modern era.

To find out more about I M Pei

Subscribe to our page LinkedIn to discover all our articles 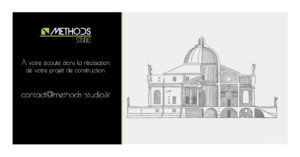 Building Bricks – a high-performance material for all times

What studies to become an Architect in France?