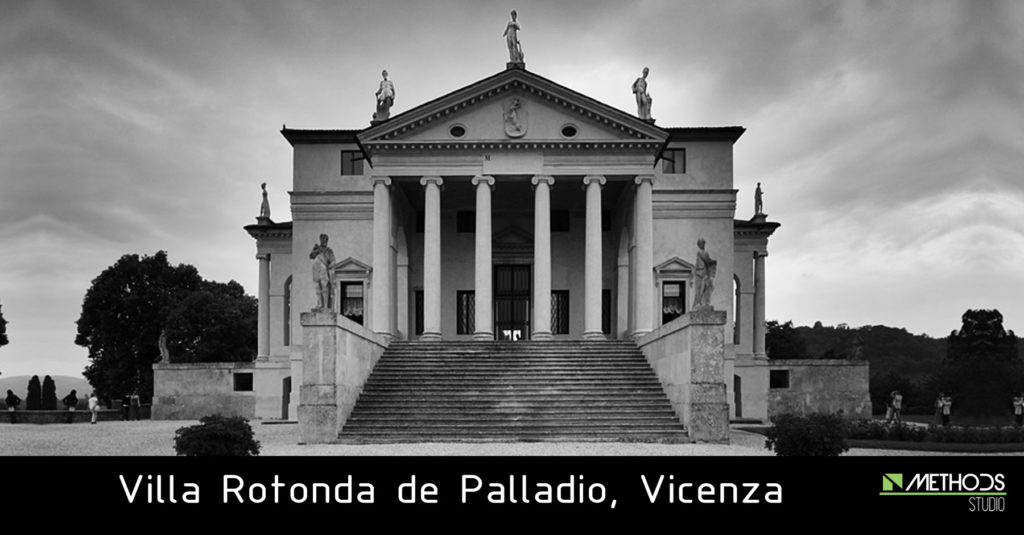 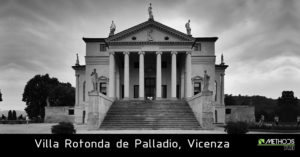 Andrea Palladio : "Beauty is the harmony of all the parts in whatever form it appears, by virtue of a proportion and a correspondence such that nothing can be added, taken away or modified without suffering the whole. . "

Considered one of the greatest architects in the history of Western art, Andrea Di Pietro Della Gondola, aka Palladio, had a major impact on construction and design across Europe.

Let us travel through 16th century Veneto, in the footsteps of this defender of general harmony.

Admire Palladio's achievementsis already traveling in the north ofItaly. His style has deeply marked the region of Venice. Architectural theorist, he listed his work in the treaty Quattro Libri dell Architettura (The four books of architecture).

How can we define the Palladian style, or Palladianism? In a few words, it is a blend of Renaissance, Roman, and Greek art. Great importance is placed on symmetry, perspectives and general harmony. The beauty of Palladian architecture is that it can be read on many levels. The first glance clearly indicates the Greco-Roman origin of the buildings: classic temple facades in white marble, or a colonnade housing a loggia for instance. These classic features were added to what was then considered a modern house.

Although the two styles are very different, they balance each other through symmetry, proportions, and perspectives, and give the whole that general harmony particular to the Palladian style. When the Roman Empire fell during the Barbarian invasions, Veneto served as a refuge for those who would later be the Venetians. History tells us of the Sack of Rome in 1527 by Imperial troops, and the dismantling of the heritage and history of Rome. Palladio began working in 1530, and made it his vocation to defend the Roman civilization and ensure its classical architecture would last.

He made no less than five visits to the sites of the ruins of ancient Rome between 1541 and 1554. It is this knowledge of the ancient ruins of temples, his study of ancient texts, and his ability to adapt to the needs of his landowner clients that made Palladio an essential architect of the time, despite the small number of his achievements.

A number of his works have been protected at Unesco World Heritage. We can classify the achievements of Palladio in three main categories:

One of the first projects of young architect Palladio. Villa Pisani was to symbolize the success of the Pisani family, an ennobled family which owes its success to the successful exploitation of its land.

Villa Pisani, designed as a Villa-Farm, faces the Guà river. The goal of the construction is simple, but complex to achieve. Palladio must create A country house sufficiently refined for the Pisani family, but offering a simple and pragmatic solution to the farming problems of the farm. The building must house all the outbuildings, in order to move away from the classic and erratic structure of the farms of the time.

Palladio's response: a grandiose facade of Greco-Roman inspiration, and an elevated villa to house the agricultural outbuildings in the basements.

The villa has been registered as a UNESCO World Heritage Site since 1994. 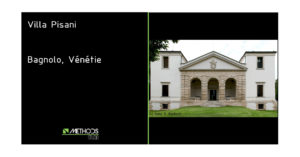 Villa Rotonda is arguably Palladio's most famous villa. Originally commissioned by Paolo Almerico, a Vatican clergyman on his retirement, the villa is designed in the shape of a Greek cross, (cross whose branches are identical in length), organized around a hemispherical dome provided with an occulus, like the pantheon in Rome.

Located on top of a hill, Palladio wanted to give the owner a magnificent view from every facade of the villa. This is why, and in a desire for global harmony, Palladio created four Greco-Roman facades on each side of the house. Each facade therefore has its loggia, from where you can admire the view of the surrounding countryside.

On the other hand, the decoration is different on each facade. The overall harmony, but the art in the detail. Visible from all the surrounding countryside, the villa gives the impression of dominating the entire region with its power and presence.
Unfortunately, the owner died before the construction was completed, and the house was sold as is to the Capra family who completed the construction with another architect.

The villa has been registered as a UNESCO World Heritage Site since 1994. Interesting point, the garden which when you turn around the villa. The symmetry of the house responds to the asymmetry of its garden which allows to have from each facade a different point of view. 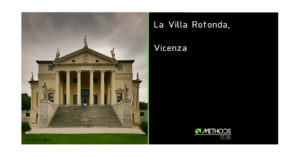 The Palazzo Chiericati (1550) in Vicenza

The Palazzo Chiericati was intended for Count Girolamo Chiericati who wanted to be able to enjoy the innovations of the Palladian Basilica in Vicenza on its own behalf.

The white marble facades, the colonnades, the roof line adorned with statues perched on a pedestal are all attributes desired to show the power of the count. The ceilings of the loggias and the interiors are richly decorated and painted.

The count died in 1557, before the delivery of the palace and construction stopped. The count's son continued for a few interior fittings, but the palace remained unfinished for nearly a century since the palace was completed in 1680.
The Chiericati family parted ways in the 19th century to the city of Vicense, which transformed it in the gallery in 1855.

The palace, classified by UNESCO, is still today the art gallery of the city of Vicense. 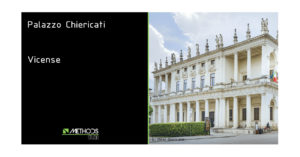 The Basilica of San Giorgio Maggiore in Venice

The Basilica of San Giorgio Maggiore, in Venice, will be the apotheosis of Palladio's career. Begun in 1566, Palladio will unfortunately never see it completed, since its construction ended in 1610, thirty years after his death.

The basilica has a white marble facade in the Greco-Roman style, facing Saint Mark's Square. The facade has symmetry and perfect harmony. The white marble, when illuminated by the rays of the sun, is reflected in the water of the lagoon and reinforces this idea of symmetry.

Inside, the nave is also white and bright, reminiscent of the Roman baths. Palladio was ordered to create a church in Gothic form (traditional cross). He succeeds in masking this form thanks to perspective games and this facade that catches the eye. 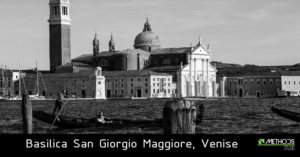 Palladio will have had a local career and a limited number of projects, but will still have marked his passage leaving a unique and still recognized legacy almost five centuries later. His work will have inspired other architects, especially in the United States where some architects claim to be Palladian. There are also many Palladian-inspired buildings such as the Capitol in Washington DC.

To go further on Andrea Palladio 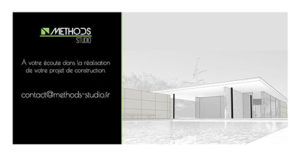