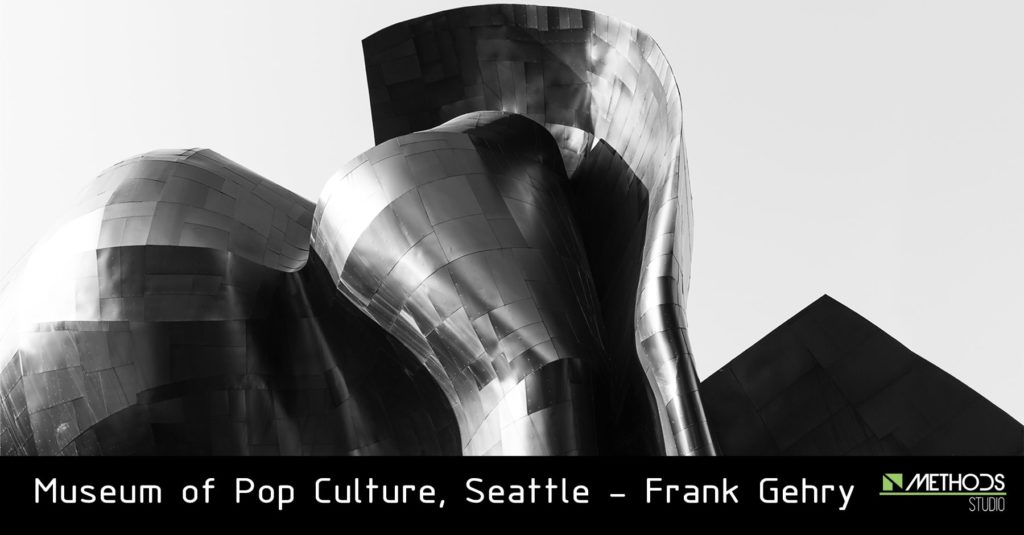 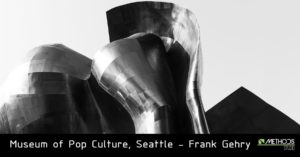 Frank Gehry : “I was a committed progressive and I loved art, and these two facts together made me an architect.”

One of the greatest contemporary architects, Frank Gehry is an architect-sculptor. His own, instantly recognizable style transforms each of his creations into a unique architectural work.

From Bilbao to Los Angeles, travel to the four corners of the world in the wake of the master of deconstructivism and post-structuralism with the Methods Studio Architects team.

Who is Frank Gehry, this defender of deconstructivism?

Frank Gehry grew up in Toronto, Canada, in a modest family, and was always very sensitive to art. At school he was a shy, average student, however he began to nurture his artistic side by devoting himself to reading and music.

In 1947, he moved at 18 with his parents to Los Angeles, where he continued to do odd jobs to survive. Two years later, he integrates University of Southern California and spring architecture graduate in 1954. He worked in numerous agencies in Los Angeles then in Paris, where he discovered European culture. It is a real culture shock for him, who recognizes himself in the respectful dimension of European architecture, which he opposes to " Californian architecture ”without respect for the environment.

Gehry wanted to work his ideas of social responsibility into architecture. But these ideas weren’t in line the trends of the time and did not go down well with the firms employing him. In 1962, he set up his on his own. His agency in Los Angeles was different from the others since he was the first to fully understand both the architecture and the construction of the buildings he designed.

His works are in the deconstructivism style, which means the style of the building is dissociated from its function.

This gave Gehry complete freedom to create buildings with shapes never seen before. He draws his inspiration from his artistic sensitivity, a fact that comes through in his works, which are all movement and emotion. Gehry has often said in interviews that his aim is to bring color to cities that are often very cold, flat and modern.

We are now taking you on a trip around the world, to meet the major but also lesser-known works of Frank Gehry, “the twisted architect”.

We begin our world tour in America with some of his major works. 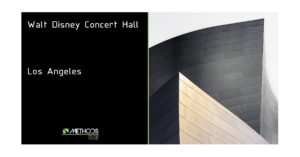 Inaugurated in 2003, it houses Los Angeles Philharmonic Orchestra. It owes its name to the $ 100 million funding offered by the Walt Disney family, to pursue his last will to support art. The 2000-seat auditorium was designed by Frank Gehry and Minoru Nagata, renowned acoustician. Together, they have raised acoustics and architecture to the same level, to create a room where the spectator has the impression of being one with the artists, both acoustically and visually.

Large volumes, the use of wood and metal, huge windows and fluid lines; this building brings together all Gehry’s main inspirations and is one of his finest works. 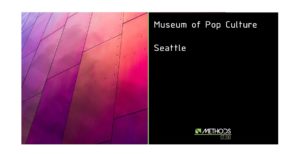 MoPOP, Museum of POP culture, is an interactive museum, dedicated to Rock'n'Roll, then extended in 2004 to science fiction. Frank Gehry drew his inspiration in an electric guitar, which he broke down into several pieces. It's a tribute to Jimi Hendrix, who destroyed his electric guitar on stage during his concerts.

Some 4,000 stainless steel and aluminum panels make up the skin of the building. Each plate is unique and individually cut. The gold and silver colors are obtained by soaking the panels in electrically-charged acid baths. The aluminum is painted red and blue. 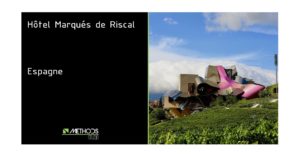 The Marqués de Riscal Hotel, financed by the Spanish winemakers of the same name, aims to create a set of leisure activities around the brand. The building houses a luxury hotel and two restaurants, one of which has a Michelin star. Frank Gehry created a sandstone building with a titanium roof. He used three colors: pink, to represent wine; gold, characteristic of the Marqués de Riscal bottles; and silver, representing bottle caps. 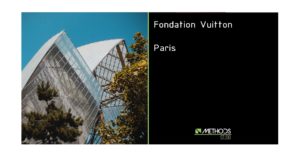 Installed at heart of the Jardin d'Acclimatation in Paris, the Louis Vuitton Foundation has been designed to best fit into the heart of this natural environment. Frank Gehry draws his inspiration in the glass structures of the Big palace. He creates twelve sails of translucent glass, as if inflated by the wind to create movement. Glass structures wrap around the iceberg, a structure made of 19,000 different white concrete panels to create an earthquake pattern. Tree-lined terraces and a lake finish integrating this glass, wood and steel boat into its environment. 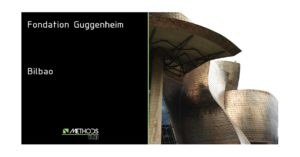 Guggenheim Foundation in Bilbao is probably Frank Gehry's most famous building. Its unique shape, assembling stone, glass and titanium, very quickly made the city of Bilbao and Frank Gehry world famous. This building has fully contributed to developing the tourist attraction of the city, which has led to a real development of the city's infrastructure in general. The impact of opening the foundation Guggenheim by Frank Gehry in Bilbao was such, which the researchers baptized " Bilbao effect " the impact on a city of the opening of a major cultural site.
The Guggenheim Foundation continues its confidence in Frank Gehry, by ordering the creation of the new foundation in Abu-Dhabi in 2022. Since 1995, Frank Gehry has created in collaboration with Dassault system (CATIA software) a architecture software which allows him to design and carry out his projects: Digital Project. 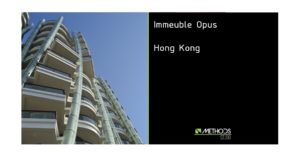 The building Opus in Hong-Kong is simply the most expensive apartment building in Asia. Completed in 2012 and installed on Victoria Peak in Hong Kong, the apartments are spacious and benefit from a magnificent view of Hong-Kong bay. Frank Gehry took his inspiration from the emblem of Hong Kong, the Bauhinia flower. The result is a magnificent building, all parallel but without verticals. The facades are based on inclined posts, made to recall the bamboos, very present in Hong Kong. The building was designed to be efficient from an environmental point of view, favoring natural ventilation and lighting solutions, and technical choices that respect the environment. The building's electricity consumption is thus reduced by 31% compared to the average for buildings with the same surface area. 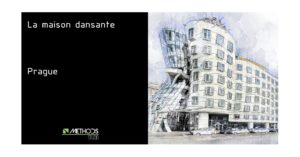 The dancing house in Prague is a office building built on a plot razed by the bombings of the second world war. In 1989, after the
Velvet revolution in the Czech Republic, the then president commissioned a building from the Czech architect Vlado Milunić, which must symbolize the dancing tomorrows that followed the Velvet Revolution. The project consists of two parties in dialogue, one static (the past) and the other dynamic (the present and future). The project ends up failing and the land is bought by the ING group to build an office building. The group decides to keep Vlado Milunić as as project architect, provided that he is accompanied by an architect of international renown. Jean Nouvel refuses the offer, Frank Gehry accepts it. The two architects working truly together, Frank Gehry brings his dynamic style, Vlado Milunić sa local touch and his knowledge of the project. This results in one building at a time modern and respecting the architectural codes from the city. A very beautiful collaboration between two architects, the style Frank Gehry and the pragmatism of Vlado Milunić.

During his career, Frank Gehry has shared his style with the world and created his very own signature. Each of his creations is unique, but just one glance and you know he is the architect. A Frank Gehry building is guaranteed to bring world fame to the city in which it is built, and guaranteed to leave its mark on the world in a way that will leave no one indifferent.

Find out more about Frank Gehry 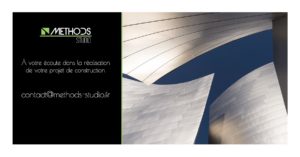 Only when you are satisfied is our job done

Building Bricks – a high-performance material for all times